Manifest Destiny: A guide to the historical references in Halloween to Yoru no Monogatari. 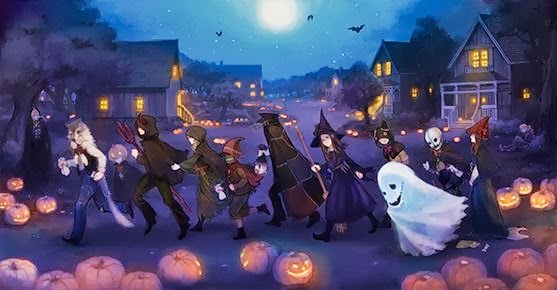 It’s nice to see the Sound Horizon fandom active again! The new single Halloween to Yoru no Monogatari went on sale last week, and despite the initial astonishment of Asa made Halloween, the new single turned out to be amazing. It sold about 45,000 copies on its first week, by the way!

The single, however, is filled with historical references. We all know that isn’t a new thing in Sound Horizon, but never before had a Sound Horizon release been so linked to the real world. To help you understand all these references, we’ve sorted them in a list and explained them to you.

“The early 19th century. There was an eccentric man who sailed from Great Britain to Ireland, as if to go against a new wave of Industrial Revolution.”

This is the first historical reference made in the single, which sets us in place for the story. The Industrial Revolution, as you might already know, was a transition from hand production methods to machines, which started in Great Britain during the 18th-19th centuries and expanded to the whole world. The Eccentric Man, though, is sailing to Ireland to be a farmer. That’s why he is said to be going against the wave of Industrial Revolution (which, we could say, was heading to continental Europe).

The Great Famine (and the rotten potatoes)

“…only misfortune smiles upon him, and all the potatoes he’s grown just rot away.”

The words Great Famine are only mentioned in the song Oyasumi Lenny. However, it is also implied in Hoshi no Kirei na Yoru as seen above. Ireland went through a period of mass starvation, disease and migration from 1845 to 1852, which is commonly referred to as The Great Famine. Sometimes though, it is also called the Irish Potato Famine, which links us back to our story. Ireland relied heavily on potato crops during that time, and because they only grew one variety of potato, the emergence of a disease that affected the crops had devastating effects on the island.

This, among other things, triggered a wave of migration to America. Indeed, the Eccentric Man’s grandson (The Unnamed Man) got tickets to America because he had no choice but to leave Ireland. And so did his sister, Catherine Livermore, the woman in Oyasumi Lenny.

“We survived the Great Famine thanks to my elder brother’s support.
Chain migration, yet his whereabouts remained unknown…”

As Catherine Livermore sings in Oyasumi Lenny, the Unnamed Man (her elder brother) sent money to her, who was struggling financially in Ireland due to the famine. Finally, she sailed to America with her husband to join him. That is what chain migration is: Having a relative move to another country and eventually join him there.

“They dreamed… the country of liberty. That principle was the cause of a great number of battlefields.”

“The masses of immigrants bet their dreams on the new world, and carrying out the destiny bestowed by God, they drove the frontier to western lands, with horses and with firearms…”

The title of the 8th Story? Nobody knows. Anyway, the Manifest Destiny was a belief (an ideology) widely held among European settlers in America, according to which they were destined to spread across the continent towards the West coast. They believed they were following God’s directions of redeeming and remaking the world in the image of America, and used it as an excuse to go to war with the native peoples of the continent.

And one of the wars fought in the name of Manifest Destiny was the mexican-american war. It started on 1846, as said by Ike in the song, and lasted for two more years. One of the generals on the American side was Zachary Taylor, and the battle he fought in Buena Vista (northern Mexico) is one of the most decisive of the conflict. There, General Taylor’s army used artillery to repulse the much larger Mexican army. One of the units that fought on the Mexican side was St. Patrick’s battalion, which was formed primarily by recent immigrants of Irish descent.

1848: The Gold Rush and the Forty-niners

Kirei na Hoshi no Yoru moves to California after narrating the mexican-american war. There, the Unnamed Man seems to be one of the thousands of people who came from all around the country and abroad in search for gold, after some of it was found by a river. That period was called the Gold Rush, and the first people to rush in search of gold were called the “Forty-niners”, as a reference to 1849.

All quotes are translations form the lyrics made by Defade (thank you!). If you think we’re missing something important, let us know!