The project to gather messages by laurants from all over the world to congratulate Sound Horizon on their Korean debut went great! And we have some photos to see how it turned out.

Thanks to BEN (benparang) and Rekki, the leaders of this project, for the hard work and the nice photos! 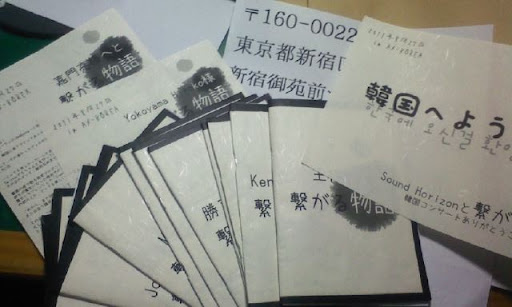 The messages to each member of the band were grouped in little books. 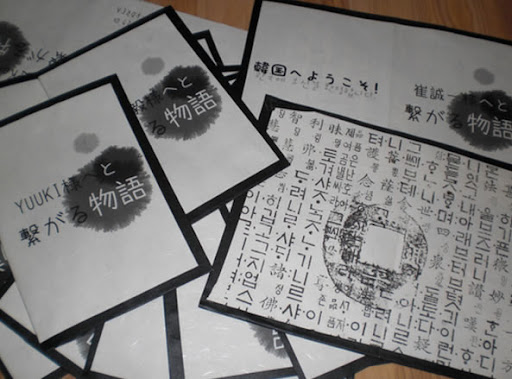 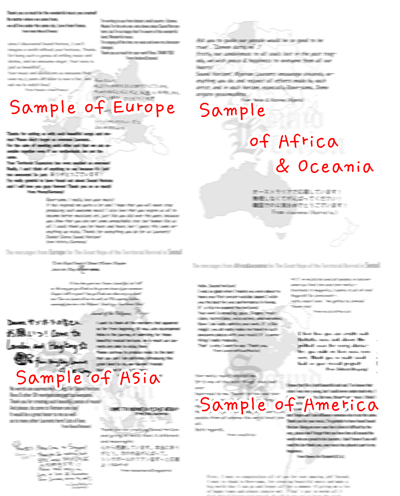 The whole package was sent to the Sound Horizon Office via EMS last Thursday (September 8th). Let’s hope everyone gets their messages and read them! 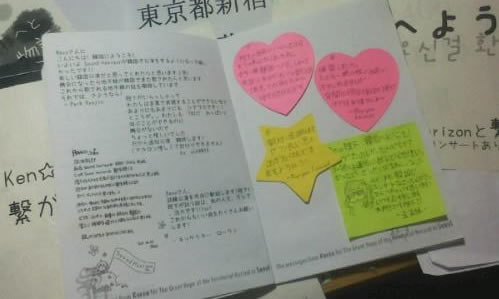